Posting today, a  feature about traditional kitchens from around India appeared in the  Sep 23 , 20113 issue of India Today Home. 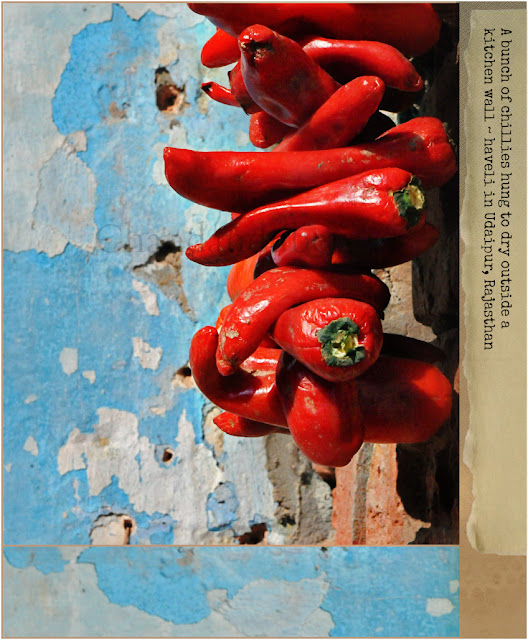 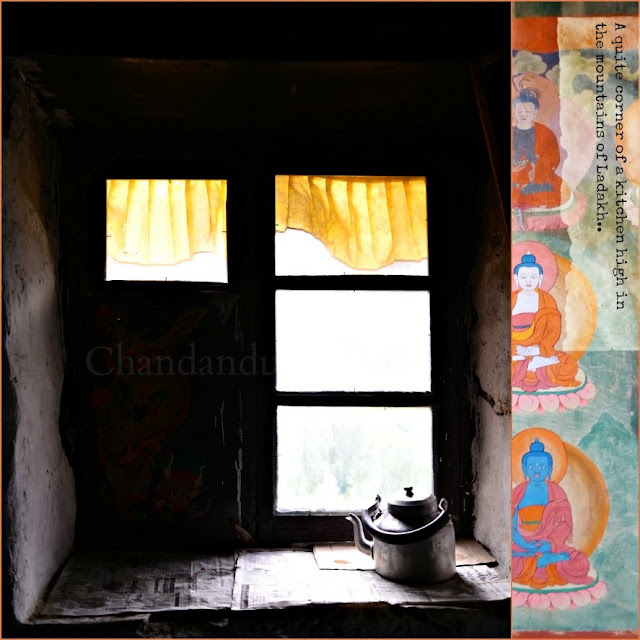 At the heart of every Indian house lies its kitchen. Although the traditional Indian hearth is a far cry from the gleaming counter tops of its city counterpart, it is not hard to find homes that still retain their age-old sanctums, with due modifications that occur over time. 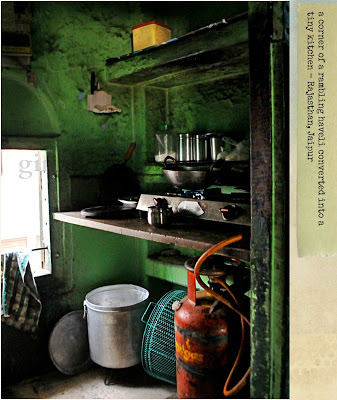 Even as one routinely chances upon quirky coconut graters from down south and brass moulds to set kulfi in from the north in flea markets of Mumbai or Delhi, and ubiquitous gas cylinders and shiny stoves come to replace the traditional chullha, one questions the need to reminisce and observe age old practices. Is it an exercise merely driven by nostalgia? Or is there more to the traditional kitchen, the recipes it gives birth to and the traditions it represents?

A close look into the mores that thrive in the Indian kitchen tells how this humble space is a receptacle of culture and a way of life that shapes an entire civilization.

The smell of wood smoke is enough to trigger journeys back into time and into spaces that one way or the other form a strong part of childhood memories for many. May be from a long lost a home back in a village, or that of an odd relative or friend that one visited or that of a grandparent.

Usually when one thinks back to a home from the past, it is not surprising that most stories and associations one has are from long lost kitchens.  This more than any other part of the home brims with sights sounds and smells of all kind. However prosaic the range of activities that surround such a space, it seems to feed a lifetime  of memories and imagination of entire civilisations. 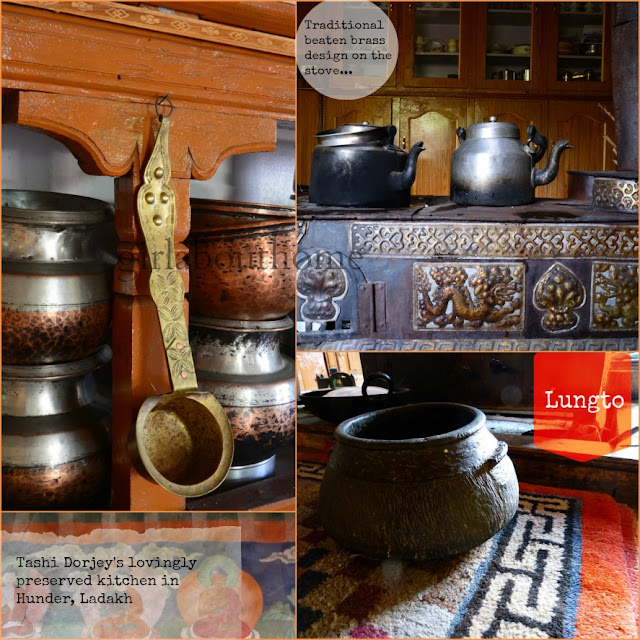 Where the modern kitchen is best suited to meet the needs of increasingly convenience driven households, the traditional kitchen addresses more than just functionality.  It is a sacred space, treated as such, perpetuating tradition and lessons that speak of a way of life. 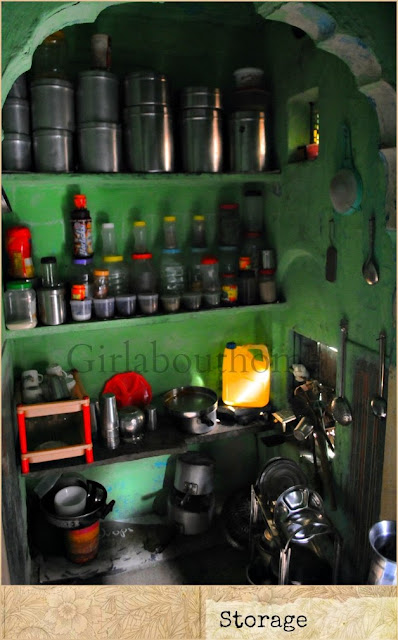 Probably why, owners of a Raibnder home in Goa refused to cut the coconut trees that came in the way of their home while it was being constructed. So, very creatively two robust coconut trees serve as a pillar around which the kitchen is constructed.  “Trees are sacred, we did not want to cut those on the plot while making room for the house,’’ I was told by the owners. Speaks volumes about the sensitivity to the natural environment. A lot of the practices that surround old kitchens are considered sacred almost mystical than the purely scientific or functional. Not surprisingly the sight is unlike anything that a urban household can ever conceive of as possible. 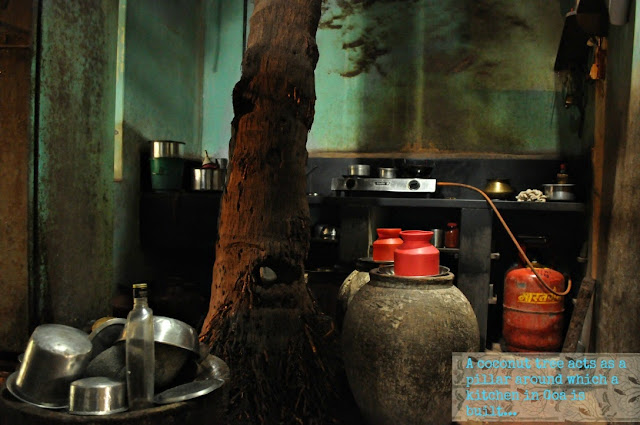 With time, much has changed in rural as well as semi-urban and urban kitchens across the country. The tradition of cooking on a newly raised platform in a Rajashtani Haveli situated in the old quarter of Jaipur for example.  ``We used to have a large kitchen where the cooking was done on a hand made chullha’’, explains Aarti Devi, the matriarch of the family. However since the fragmentation of the joint family, the kitchen was reorganized into a much smaller corner she said. Their new kitchen- less than five years old- is more efficient in meeting the needs of their smaller household, yet retaining the essential character of the traditional haveli it finds a place of pride within. 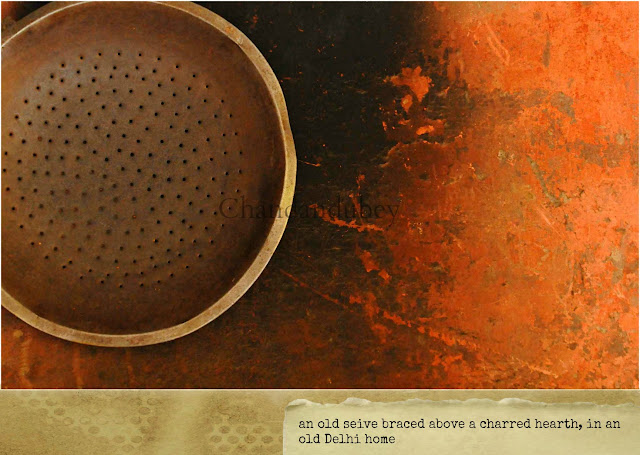 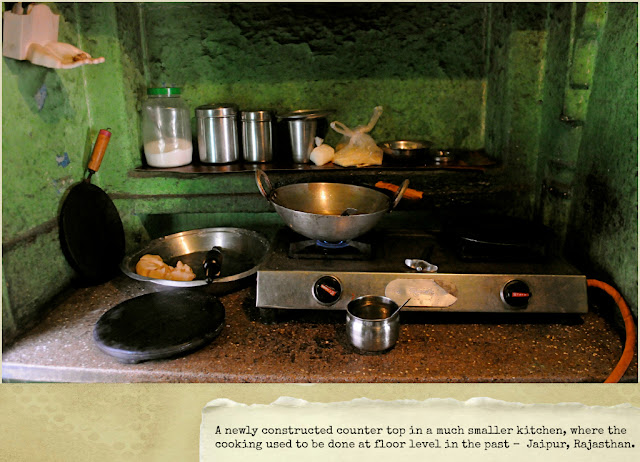 For most part though kitchens like homes everywhere in traditional societies straddle the past and present comfortably, evolving with time, and retaining what remains functional and relevant from the past.   Thick Tibetan carpets cover the wooden floor of a traditional Ladhaki kitchen in Hunder in the Nubra Valley.  `` We still use traditional implements handed down to us by our parents since they suit our needs so well ‘’ says home-owner Tashi Dorjey, speaking off the `Lungto’ a traditional Stone urn that is used to cook rice in. The dense walls of the vessel keeps its contents warm for a long time even in below freezing conditions.

Perhaps revisiting a traditional kitchen is just more than an exercise in nostalgia then.  For this space with its symbols and rituals, above all spaces in the domestic domain not only upholds a way of life but also shapes the mind and body of entire civilizations. 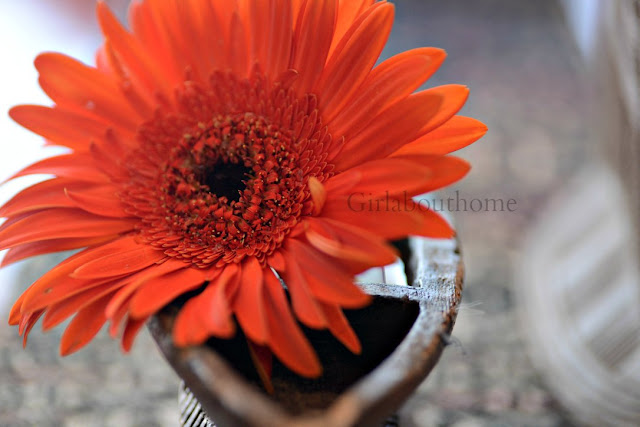 This one is an unlikely post. Design blogs are about perfection right? usually well manicured and curated beauty, order and elegance worthy of Pinterest ?   Only images I post today would  do  Pinterest fail proud.  (Check out this funny gem if you have not yet already :http://www.pinterestfail.com/)

Things go on, go wrong. Do not adhere to our agendas.  Chaos is the dark side of order always.  The home too. A work in progress for months with the end no where in sight. Unforeseen emergencies,  strikes, material delays and the like.
Then there are the inevitable mistakes, miscalculations and disagreements.. Whatever the reasons, the the dust and cacophony is not going to settle anytime soon.  One has to some how settle for  the unfinished home. Somehow make peace with the constant hub -hub of people, workers, contractors, material and more.
Learning to breathe with it all this much I have learnt-  A home will never be home if you don't learn to live with it. The perfect, the imperfect. All.

Yogic breathing would help calm frayed nerves if it weren't so darn dusty all the time !   But there is always something one can do to make things better.  Waking up early to enjoy quite mornings for one. Realising that life changes but does not stop, so live as usual.  Flowers, lights, friends.. learning not to wait for a future date but live in the moment. As for the dust and the noise, there are always colourful dust covers and an effective pairs of ear plugs ;) 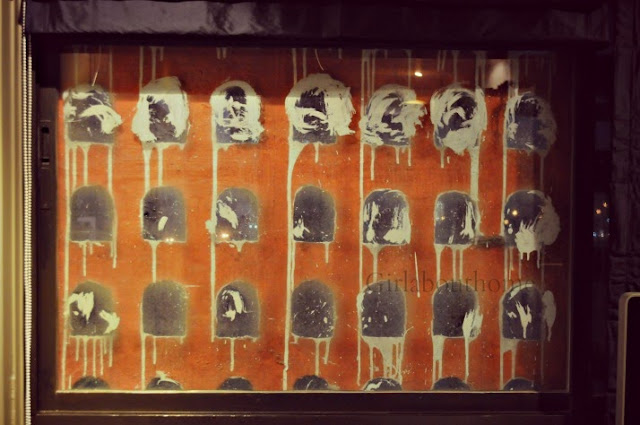 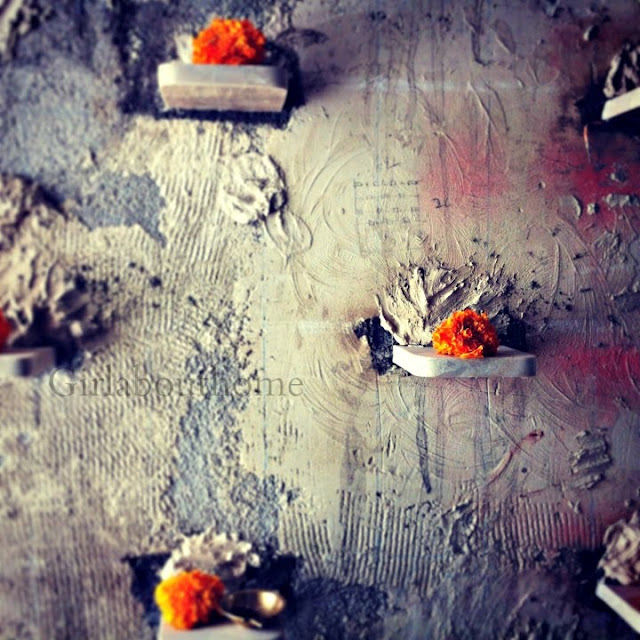 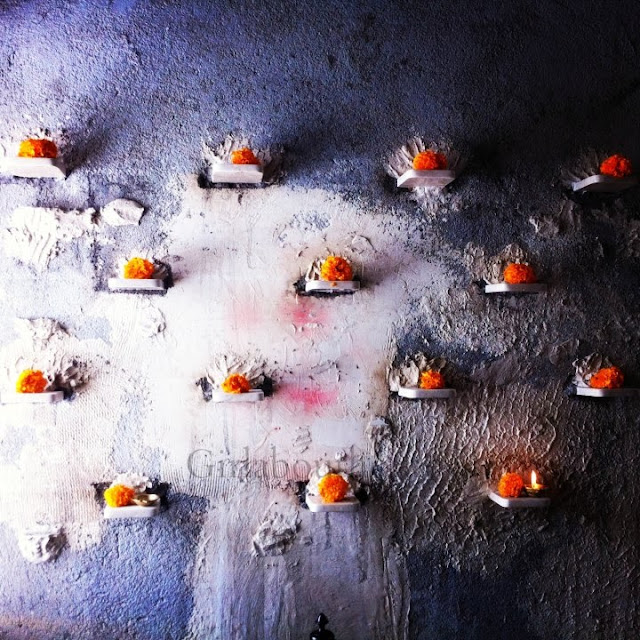 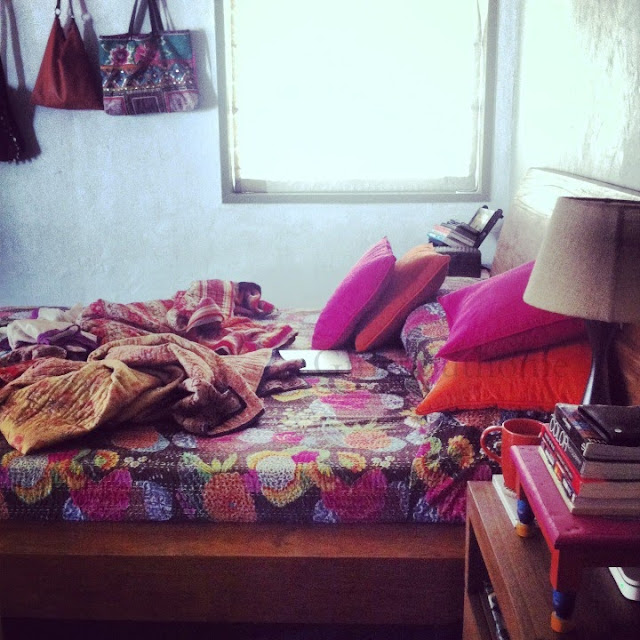 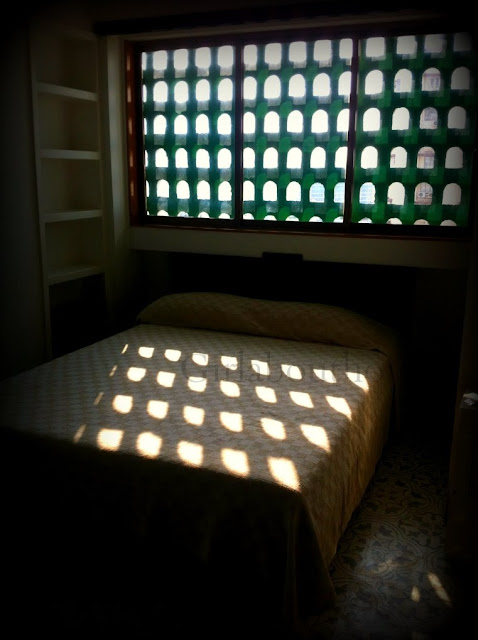