At the waters edge. 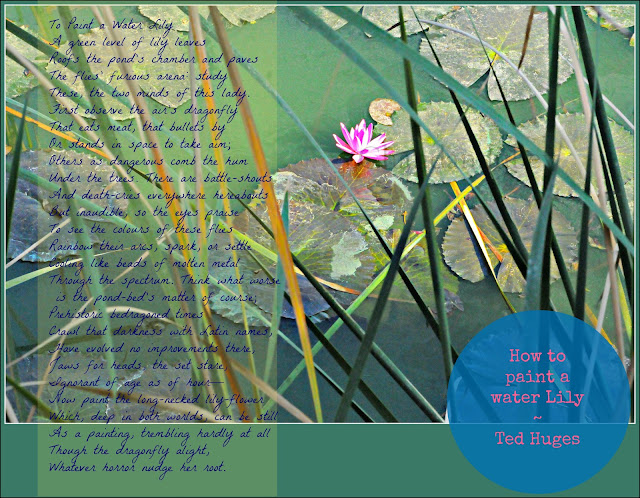 Have often contemplated `How  to paint a water Lily' a poem by Ted Huges.  Far from a naive  description of nature, the poem describes a scene of a fight. Behind the quite delicate beauty of the Nymphaeaceae blooms, hidden a real vision of horror. The poem celebrates the beauty of nature, albeit in its violence.

All of which only became clear to me one morning spent at the edge of a pond trying to photograph  vivid, bright blooms as they had just begin to climb out of the murky womb of stagnant water.  Although there were no dragon flies I  think I saw a snake slither in the undergrowth. ( I think ..!)
The squelchy, muddy bank and the slimy, still, slow water.  Fishes, fat toads-thawing in the early morning warmth, unlikely companions  to the magnificent flowers. The buds themselves having to  negotiate the dark pond waters to respond to  the beckoning of the early morning sun.

While, any Lily pond will always remind one of what the impressionist  genius Monet immortalised on canvas, there is another side  to the pond, that is far from a setting of aquatic peace.  A whirlpool of natural chaos, a body of water that reflects the heavens as much as the abyss.

This contrast, dual character  is inherent to most of nature, only looking at the surface, it is hard to completely imagine what lies beneath. Although the Lily, rich with symbolism is an oft repeated motif in art, poetry, architecture philosophy and religion, it is this contradictory aspect of regeneration amidst chaos, that is most captivating. I came across the work of  artist Arpita Singh recently,  One of here canvases a Lily pond is used as a reference to depict a war zone, a jigsaw of gun toting soldier, fallen bodies and tanks. Thus highly politicising established ideas of what  a Lily pond may or may not symbolise.. It is a way of widening our perspective, opening our eyes to see the complete picture, accepting and pushing the limits of imagination and truth.
To that end on need not stray afar from the waters edge.. 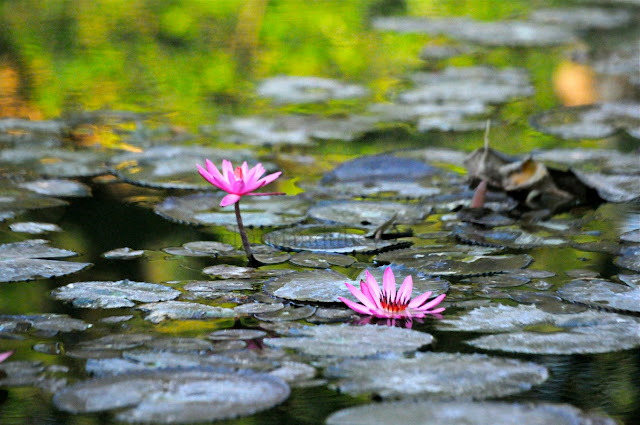 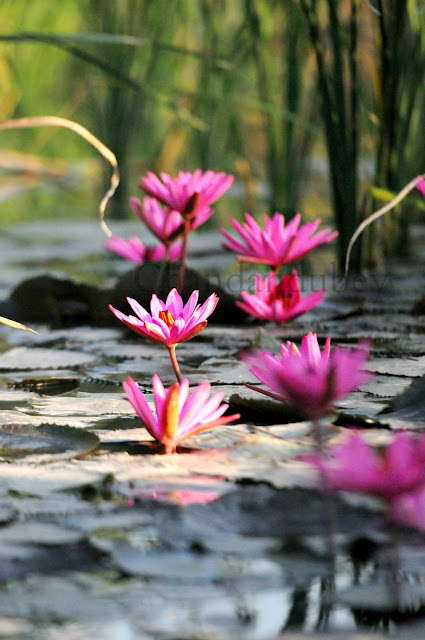 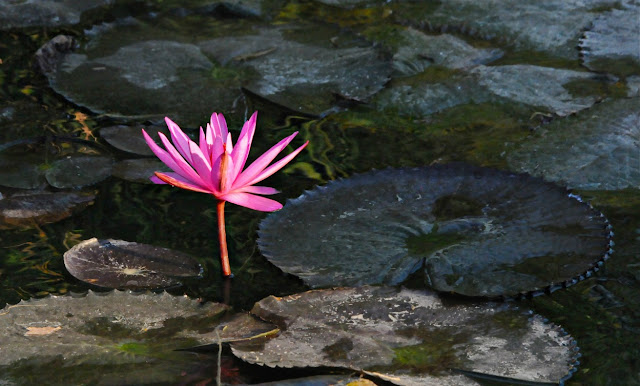 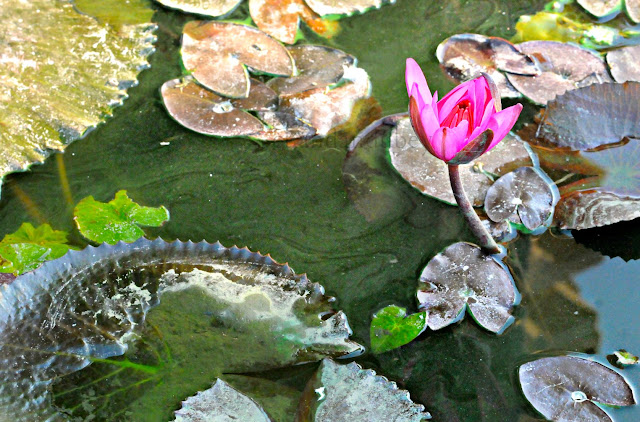 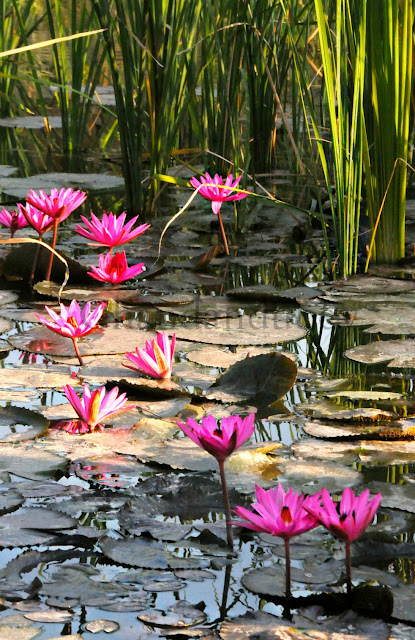 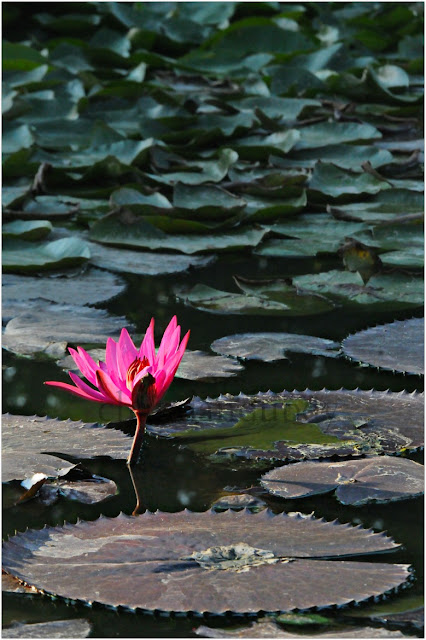 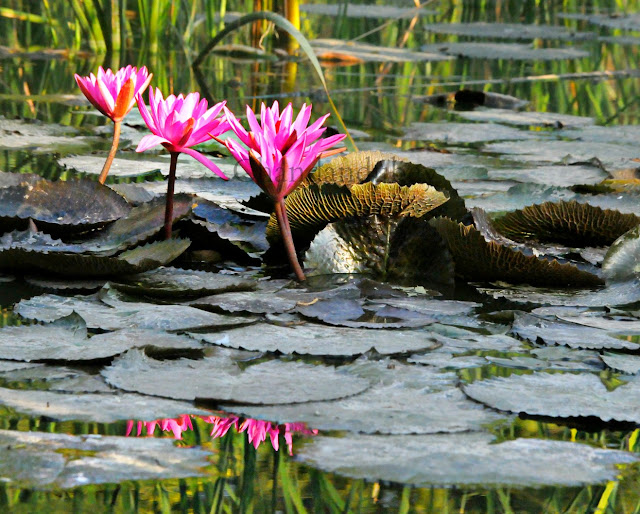 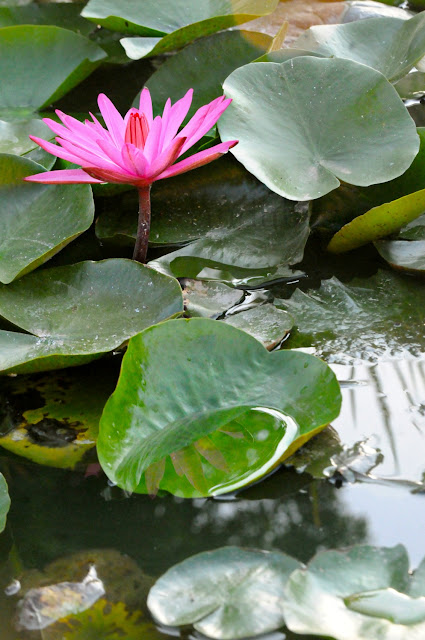 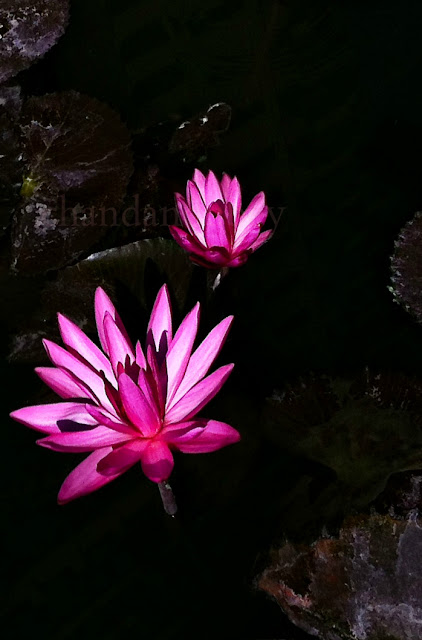 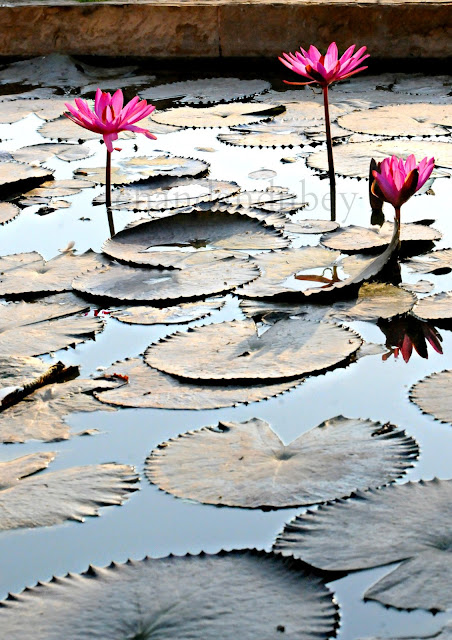 More from Diwali around the house

Diwali enthusiasm is  running  riot around the household.
This is among the very few occasions in the year I am focused completely on the house, spring cleaning, painting and changing things around. 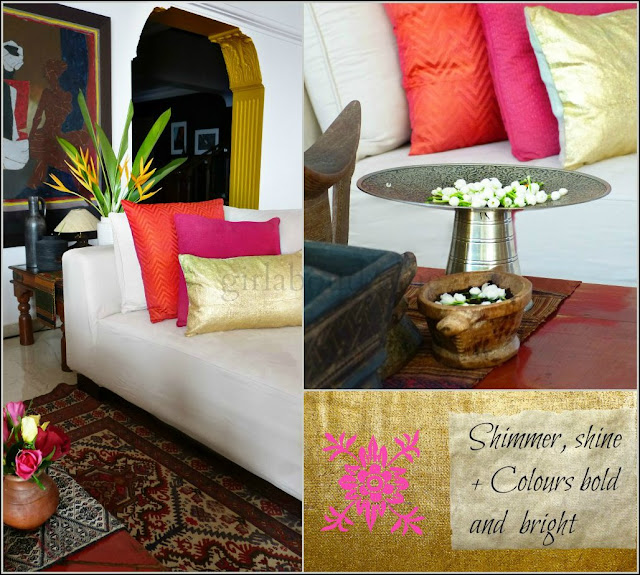 Posting a few pictures of the little things  done so far this year.. The little notes on the images should tell all that needs telling.. 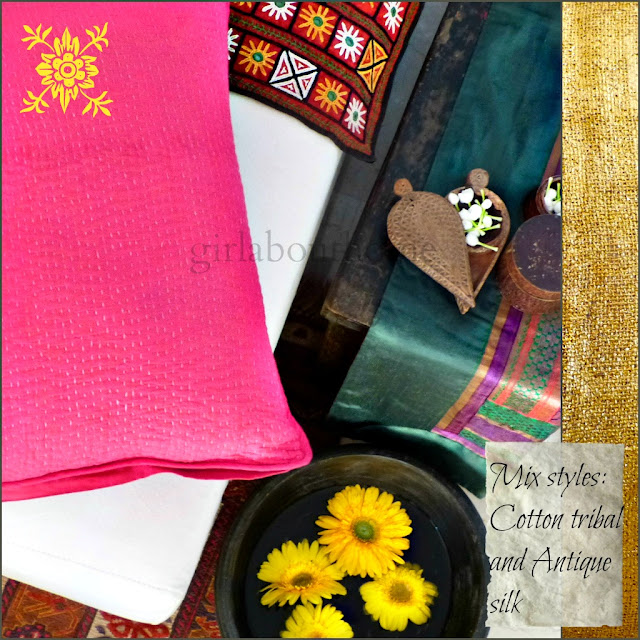 I like to create contrasting pools of colours and textures around the house, achieved by mixing and matching different materials. 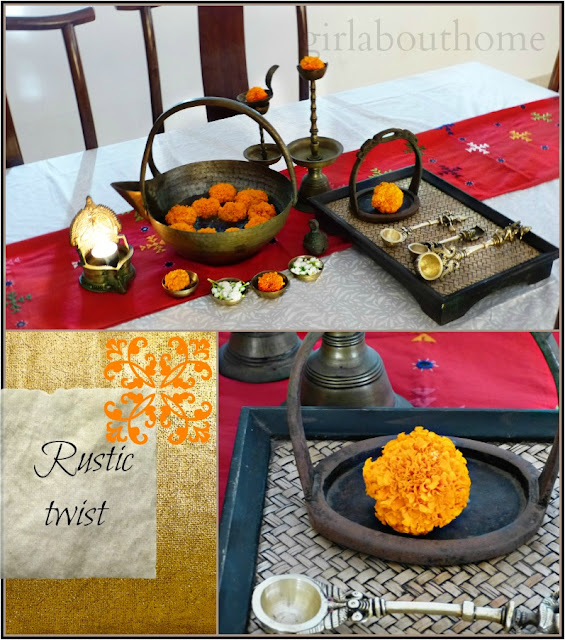 Wood, metals, silks, cottons, weaves, embroidery and clay-  used in varying proportions and combinations without any particular  method. Only I do tend to unify the overall look with one predominant element: for example colour. 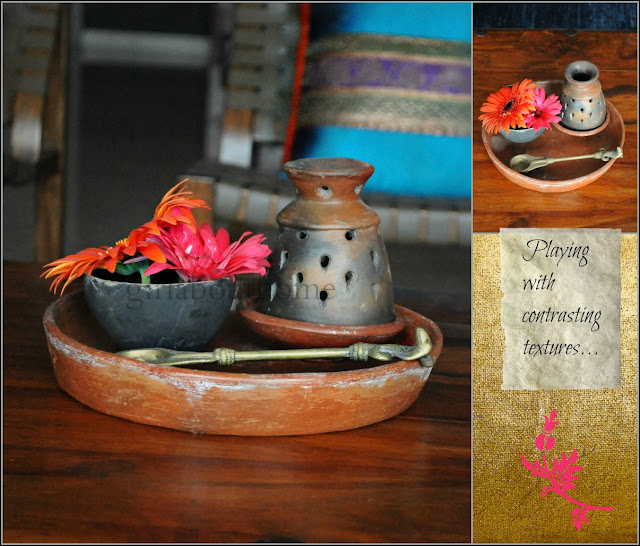 In the meanwhile, painting of diyas, chowkis and old furniture is underway- Just because we are not painting walls, does not mean no painting this year! I have my kids to thank for active and enthusiastic participation in all  the painting and housekeeping,  there is no where on earth I can do this without their love and enthusiasm ! 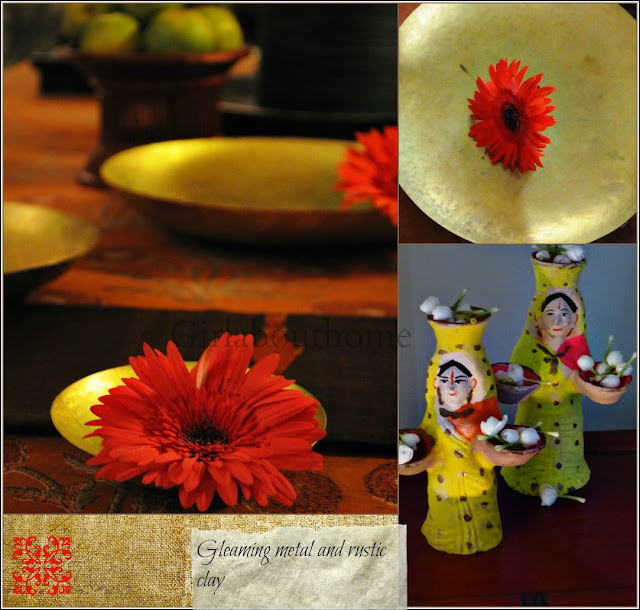 I have a few more things to share on the subject, but that comes later.. Until then, Happy decorating!!
Posted by Chandan at 9:08 AM 9 comments: