Have not written a colour post for a long time ..Not that one needs to make an excuse for Turquoise anyway.. It's one colour like pink, I absolutely love, but have not imagined dedicating entire walls to!- yet  :)
Today's post is about the colour, used in a mostly traditional, ethnic scheme.... 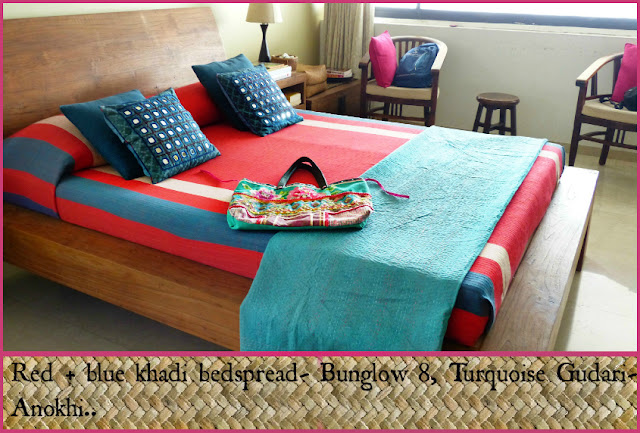 Turquoise in all its shades- wether  an intense burst of blue or a softer and paler version- is so unique to the gem stone it derives its name from, that the stone and the particular shade of blue are now synonymous to each other... 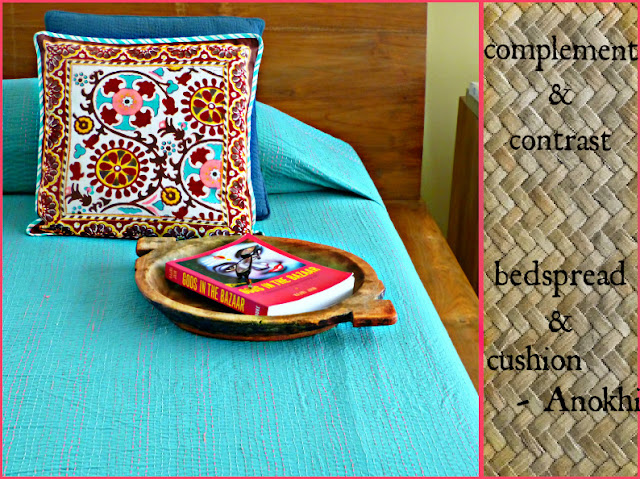 Called Turquoise as it was thought to have originated from Turkey at first, the gem stone hails from the Alimersai Mountain in Persia (now in Iran). The best quality Turquoise to this date  is credited to the region. 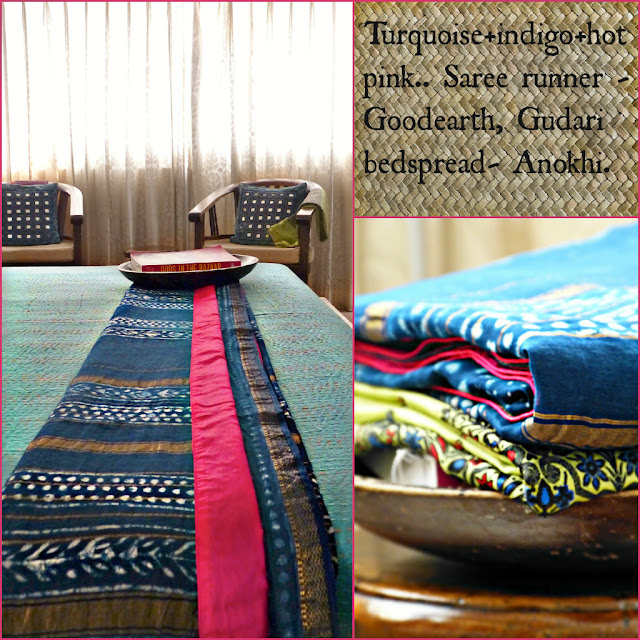 The intense shades of turquoise have endeared it to many ancient cultures:  Ancient Egypt, Aztec, Mesopotamia, Indus Valley and China. Despite being an old gemstone, it was introduced to Europe via Turkey only with the silk road novelties and  not until the 14th century was it used commonly in jewellery. The stone was introduced in India only during the Mughal times and remained unknown to the far east until the 18th century.. 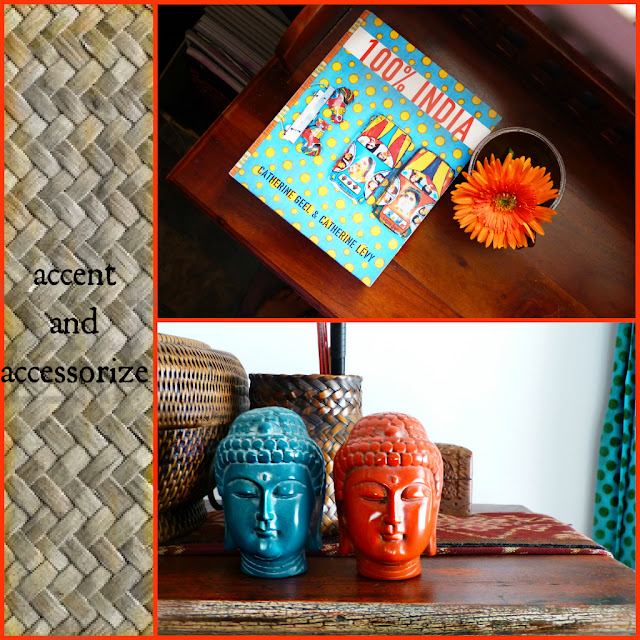 The color to me, denotes a relaxed, fresh and contemporary feel ..  It goes well with a bunch of warm colours, reds, oranges, pinks and yellows,  and provides a fun visual pop against muted, earthy tones of natural materials- stone and wood. It also provides a lovely foil for ethnic objects like baskets, textiles and jewelry.. 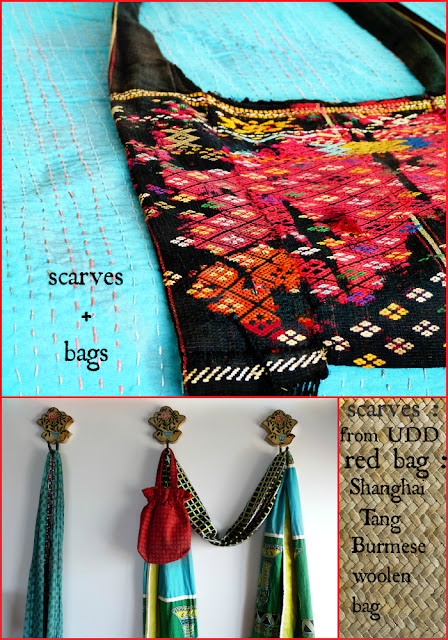 Every once in a while, I change up the accessories around the bedroom and more private
spaces of the house to make way for the Turq :) 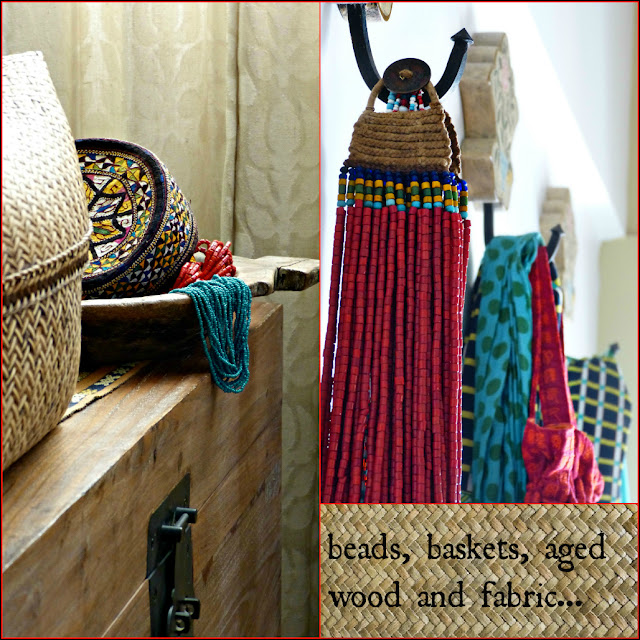 Hopefully  in some near future, I will gather the guts for an all turquoise wall .. until then, this will have to do ..!
Posted by Chandan at 2:21 AM 11 comments: