The realm of the sacred.

In India faith is all pervading. The realm of the sacred does not restrict itself to places of worship. Spilling out on to streets, pavements, busy bazaars, places where business is transacted and the inner most sanctums of homes. Even the most modern city homes usually have a space designated to prayer and contemplation.
The Indian universe is replete with sacred gestures - mango leaf torans, rangolis, wall art, yantras and a lot more.
If habitats are indeed a reflection of the beliefs and aspirations central to our lives; Indian homes have an incredibly rich reservoir of images to draw from. A fact that cuts across myriad faiths and economic strata.  Symbols and images abound every where, in Christian, Hindu, Buddhist Islamic and Jain homes.
The religious image finds expression in various contexts:  in the form of the Christian cross and kitschy nativity toys or Hindu deities and idols revered in domestic puja altars. In the form of psychedelic pop art smiling down  from frames in shops or living rooms across the country.
Although inherently part of an elaborate ornate order, the ritualistic paraphernalia should not be viewed as having superficial significance only. Their importance almost always exceeds their decorative value.
At Sara Fernandez's home in Chandor, Goa, the family altar  finds a  prominent place in the living room. Among the various accouterments  of rituals and idols etc, stands a tiny statue of  Our Lady Bon Parte or the deity of safe delivery wrapped in rich navy blue velvet. The statue, known to bless an expecting mother and her child has been revered by the family for generations. Very often the statue is loaned to families in the village where a child is expected. Thus a private possession of one family provides moral support  and courage to an entire community. Interestingly when a baby was expected at a local Hindu politician's home, the statue  was requested from the Fernandez home to bless the delivery!

The mythic similarly is very important to the Ladhaki scheme of things. In a Ladhaki home, efforts to synthesize the material and metaphysical worlds are made at every step.
The roof is considered to be the purest area of the house, as such the four corners of the space  are marked by willow branches and prayer flags strung all around them.  A typical day starts with an offering of flowers and fruits at the domestic altar to appease the Gods, residents of the nether worlds and the ancestors alike.
So to in the Hindu home, the adoration and ritualistic celebration of the divine is the way to start and end a day.  Irrespective of the economic status of the family, a tiny altar or elaborate puja rooms are created for the purpose.   The entrance to the Hindu homes is blessed by idols of Ganesha and elaborate or crude religious symbols and decorations. During annual celebration of Ganpati and navratri ritualistic prayers often revolving around a particular deity are organized.
Many old colonial homes in Goa and coastal Maharashtra have Gothic altars resplendent with gold and enamel details and contain a fantastic host of Catholic artifacts.
In most Indian homes, the realm of the  divine is the space that draws the family together -whether for simple prayer uttered at the start of the day, or an elaborate festival. It is also a reflection of the passions that motivates the family and a fountainhead of the value systems that guide it. 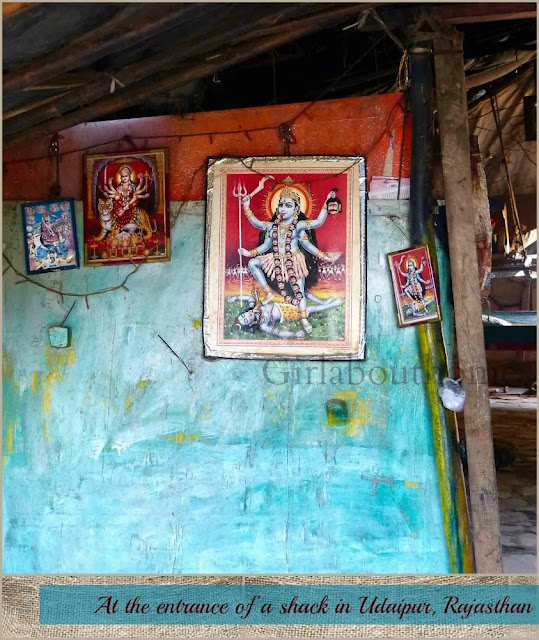 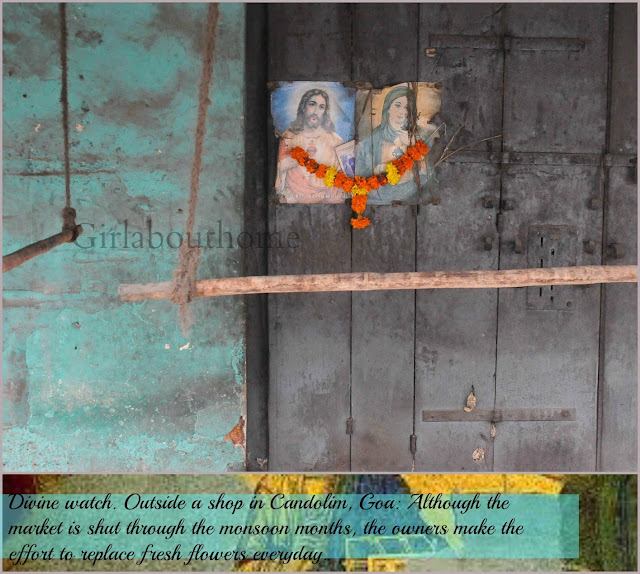 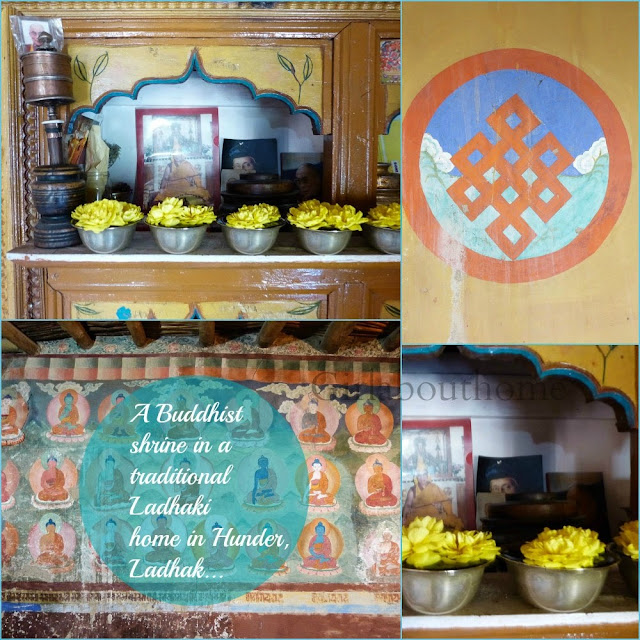 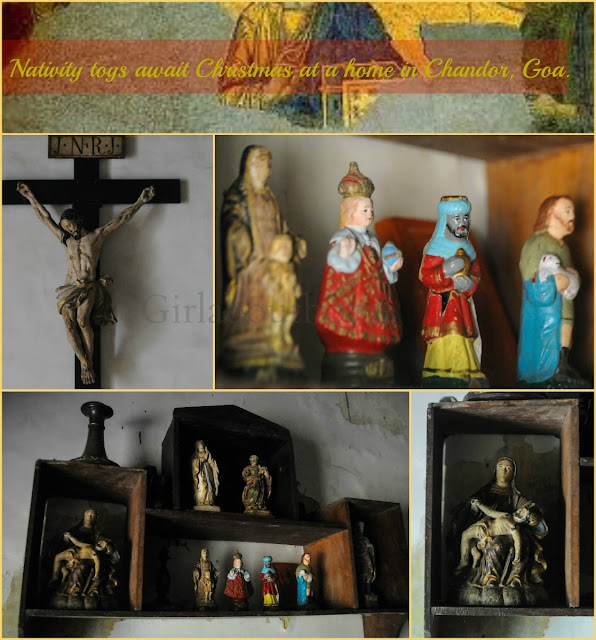 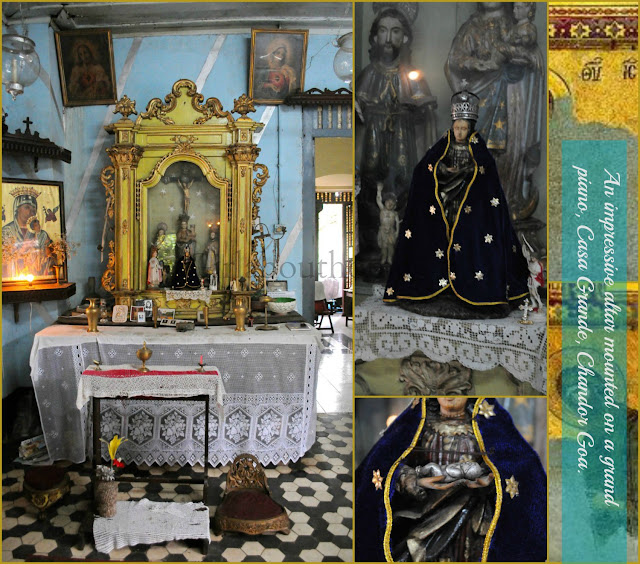 Our Lady Bon Parte or safe delivery at Sara Fernandez's home in Goa. 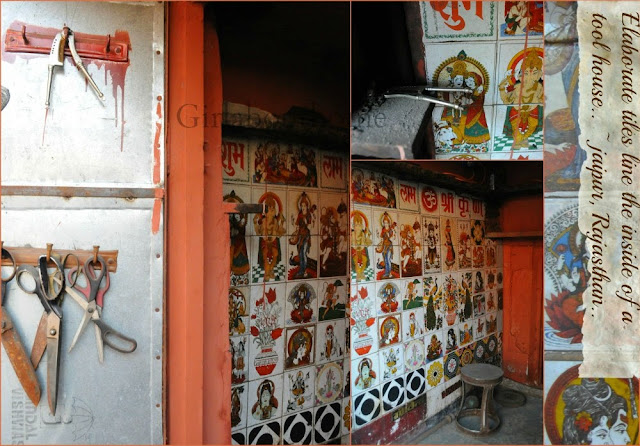 Street level workshop by day, and home at night for a migrant metal worker. 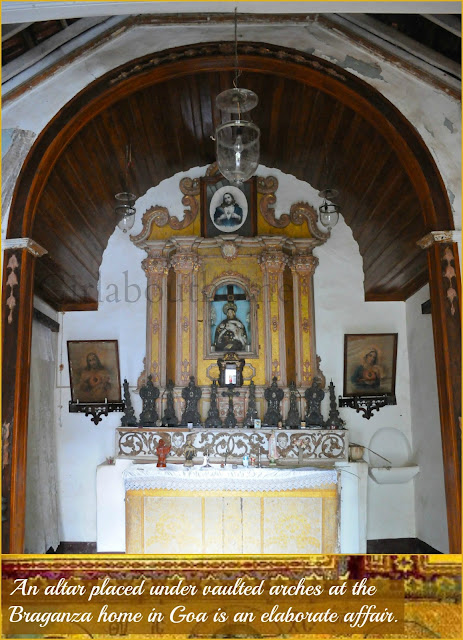 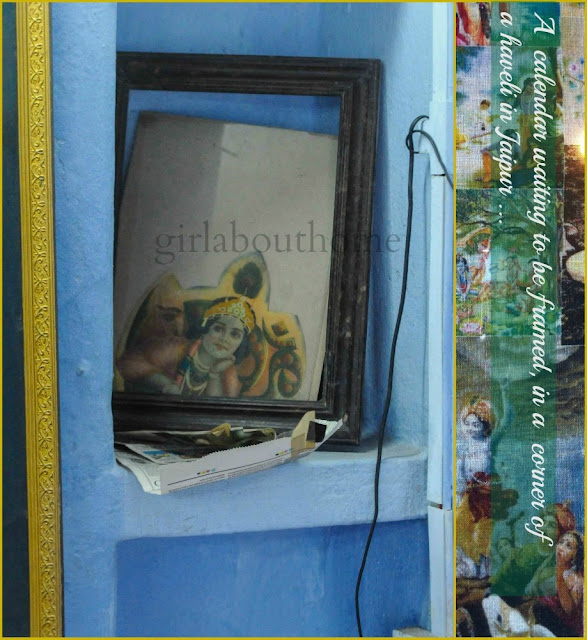 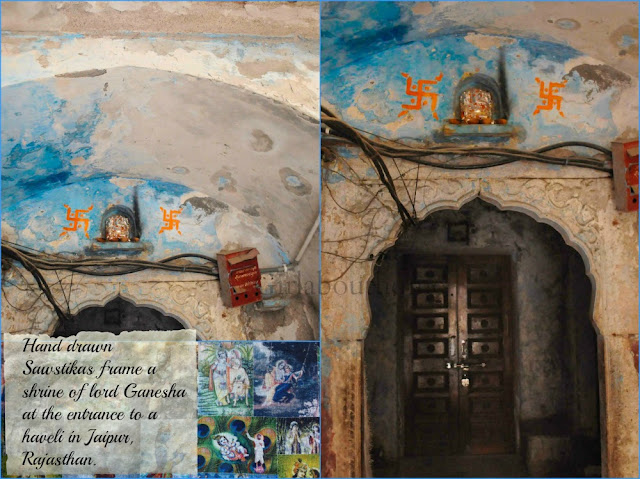 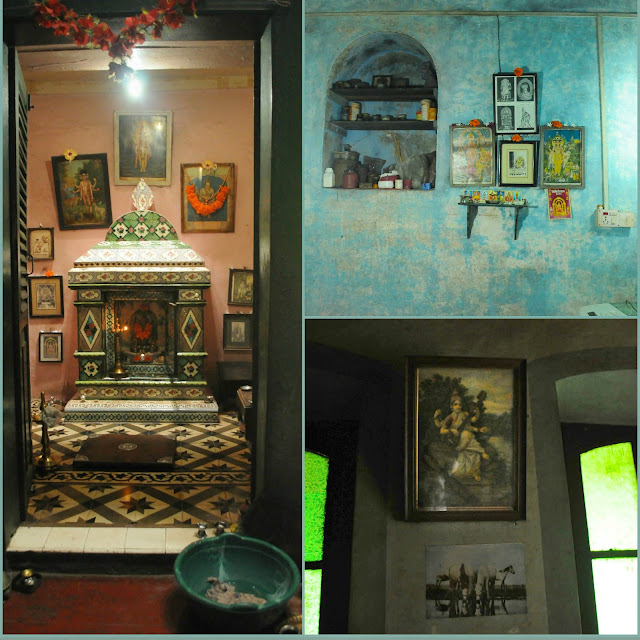 Family mandir, a small altar in another part of the same house, and an old Raja Ravi Verma print hanging in the living room of an old Goa home. 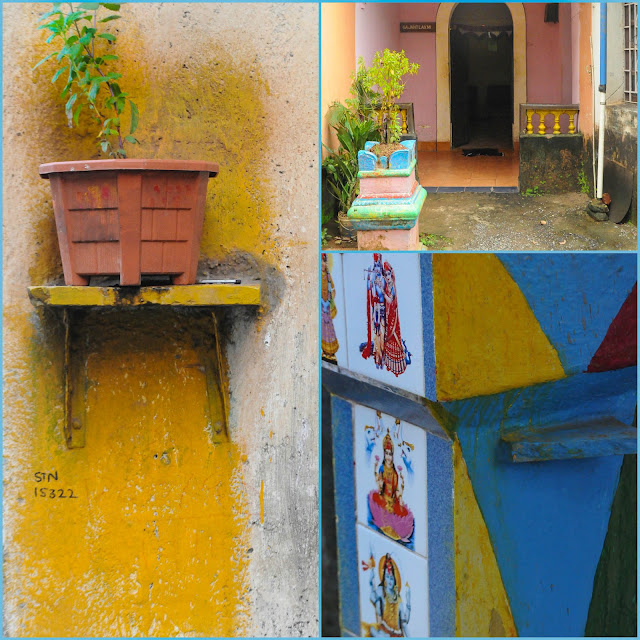 A pot of tulsi finds it place wherever space is available in Hindu homes of Worli koliwada, Mumbai
Posted by Chandan at 8:49 AM 5 comments: